Wednesday is nearly upon us which means it’s nearly new comics day, so it’s time to take a look at three new and noteworthy additions to your pull list. Here are my picks for the Wednesday 14th of May.

Beginning the super-event you have been waiting for in The New 52: Superman vs. Doomsday in a way you’ve never seen before! And with Doomsday’s deadly new abilities, in this battle there can be no winners. The Man of Steel must unleash insane levels of power in order to do the job, only to terrify the world he’s saving. Beating Doomsday is only the beginning of this never ending battle! 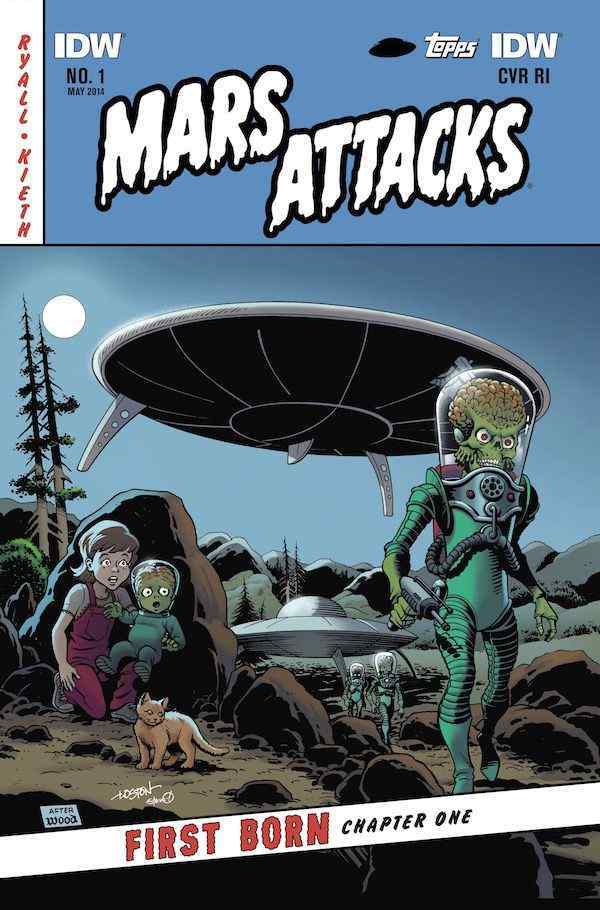 First Born, a four-issue series written by Ryall from a story co-plotted by Ryall and Kieth, and featuring art and covers by Kieth, tells a deceptively quiet story of the aftereffects of the Martian invasion: in a devastated neighborhood, a few survivors try to rebuild their lives. One of those survivors is an infant Martian, left behind in the attacks. But was she left behind on accident, or as part of a more nefarious plan? Does nature versus nurture apply to horrible invaders from Mars? These are some of the themes being explored in this series. Also: giant bugs.

MURDER! MYSTERY! MARTIAL ARTS! A former lover of Shang-Chi’s is murdered in cold blood while working deep undercover for MI-6. When Shang-Chi travels to England to pay his respects he learns all is not as it seems, and if he’s not careful he may be next to die! Old friends, new enemies, espionage and kung fu collide in this riveting story from Mike Benson and Tan Eng Huat!

Join one of the most acclaimed adventures in comics as naive teenage assassin Obadiah Archer and the fun-loving, hard-drinking immortal called Armstrong unite to stop a plot ten thousand years in the making! From the lost temples of ancient Sumeria to modern day Wall Street, Area 51, and beyond, Valiant’s conspiracy-smashing adventurers are going on a globe-trotting quest to bring the down the unholy coalition of cultists known as the Sect – and stop each of history’s most notorious conspiracies from remaking the world in their own insane image.

Check out all of this week’s new comics at orbitalcomics.com

About the author | Will Harrison

Founder of The Unheard Nerd. A husband and father of two girls, Will is a fan of Nerdcore Hip-Hop, a comics fiend, a podcast host and champion of independent nerd culture. | Follow will on twitter: @TheUnheardNerd

This site uses Akismet to reduce spam. Learn how your comment data is processed.